How we help Ukraine 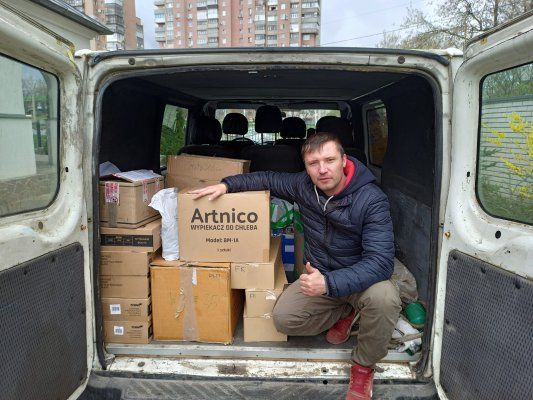 2022-04-21 14:35
The war in Ukraine continues. The actions of the hostile Russian army is wreaking havoc - especially among the civilian population. Every day defenseless residents of eastern Ukraine lose their homes and all of their lifetime possessions. Quite often, they are forced to flee. Sometimes they can escape only with a small luggage, because that's all they were able to pack when their homes were under fire. From the first days of the war the Association of Marian Helpers in Warsaw was engaged in providing assistance to our eastern neighbors.

A dynamically changing situation at the war front determined the nature of the support. On one hand it was supposed to reach almost 3 million refugees who entered Poland since the war started. However, we did not want to forget about people who stayed in Ukraine either, particularly about internal refugees. People who left their homes in eastern Ukraine and went to the central, southern and western parts of the country. Some of these refugees simply could not afford to travel further abroad. Some just wanted to remain in their homeland but could not stay in their hometowns and their homes that often were razed to the ground. At the Marian Helpers Center we also wanted to remember the fighters and volunteers who were helping them. Finally, we wanted to keep in hearts and minds our Marian Fathers who, despite of the constant  threat and danger, still remained at their posts, especially the priests in the besieged Kharkiv. We also remember our priests who are serving in other places: in Khmelnytskyi, in Horodok Podilskyi, in Chernivtsi and in Mohyliv-Podilskyi. From each of these towns we regularly receive reports of increasing needs, which originate from taking care of new waves of refugees often the elderly and the sick whom Marians help.

The specific need – the specific help
In the last few days as the war operations have shifted to the Donbass region we sent shipments with medical aid and dressings to the conflict region. The cargo included specialized hemostatic or hydrogel dressings and hundreds of CAT tourniquets for soldiers and civilians. The shipments reached, among others places, besieged Kharkiv and Slavyansk.
We are trying to remember to include in our shipments to Ukraine all items that in any way could help our brothers in the East. So, after being provided with a reliable information about supply shortages in Kharkiv’s grocery stores we sent bread makers there. We knew that many volunteers were ready to bake bread on the spot when having necessary products. Photos with freshly baked loaves of bread have already reached our association. The situation was similar with power generators.
Undoubtedly, volunteers in eastern Ukraine play a great role in providing help. It is primarily through their assistance that our brothers can continue to distribute the aid they received from us. With them in mind, we sent a shipment with an appropriate footwear to Kharkiv.

The entire world is helping
As an aid coordinating body we cooperate with many organizations that want to join humanitarian efforts in Ukraine. Therefore, we started cooperation with our Marian friends from the United States: primarily The Association of Marian Helpers, Eucharistic Apostles of The Divine Mercy, Healthcare Professionals for Divine Mercy, Project C.U.R.E and the Hofmann Foundation. These organizations constantly supply to Ukraine pallets with specialized medical equipment through our organization.
The Order of the Knights of John Paul II was another organization that our Association started cooperation with to help Ukraine. The Order’s Ukrainian provincial Mr. Włodzimierz Korczyński already set off six times with transports to the front lines. Each time he also carried packages assembled by our association.
In addition, thanks to the cooperation with the Association of Veterans of the Afghanistan War in Ukraine we donated dressings and medical supplies to the city of Sumy and to Chernihiv.
It is worth to mention that for several weeks we have been constantly supplying the Warsaw Puławska 20 Aid Center with essential household chemicals and food. Then the center  is distributing these supplies among refugees from Ukraine who are already in Poland.
Marian parishes and religious houses in Poland and abroad along with the above-mentioned organizations and private donors - our Marian Helpers raised over 1 200 000 Polish zlotys. All of these funds were designated to help our brothers in Ukraine. So far we sent over a dozen shipments with a value exceeding one million zlotys and more shipments are on the way.  It is worth to mention the collection of gifts in Marian parishes in Góra Kalwaria, Puszcza Marianskie, Sulejówek, in Warsaw's Stegny, Marymont and Praga, as well as a special collection organized by parishioners from Nadarzyn. In addition, we received donations from other countries in Europe and even such faraway places as South Africa.

Helping refugees
We also constantly keep in mind the House of Mercy run by our brothers in Horodok Podilskyi. We sent there several dozen large pallets with all kinds of hygiene care products, dressings and basic necessities that Marian serving there asked for.
We are supplying our other facilities in Ukraine. Thanks to the assistance of the Marian Economic Committee we received gifts of over 100,000 Polish zlotys. Packages with food, medical dressings and hygiene care products were delivered to Khmelnytskyi, Chernivtsi, Grodek and  Mohyliv-Podilskyi.

Dear Friends and Patrons, undoubtedly, this entire help, that we can provide now, is possible only thanks to you. Please, receive our thanks and expressions of gratitude from Ukrainian refugees who are grateful for the assistance they received in the great need. May God reward you for your generosity. 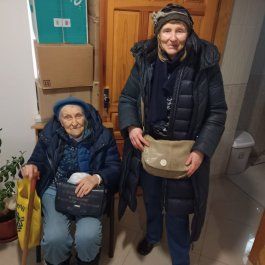 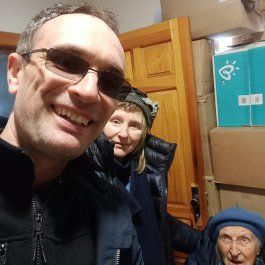 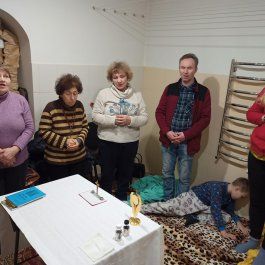 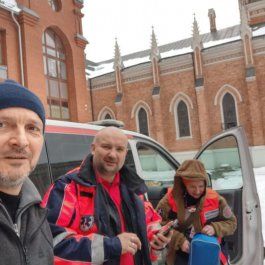 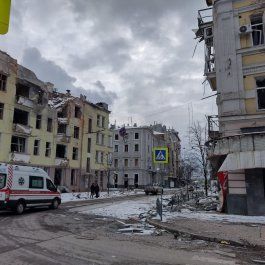 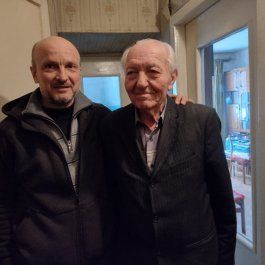 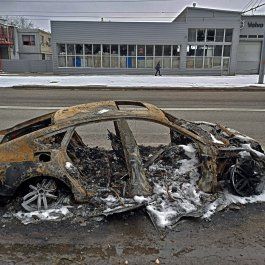 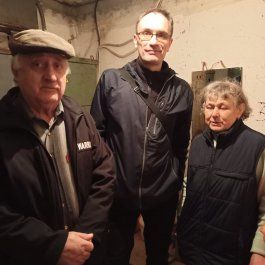 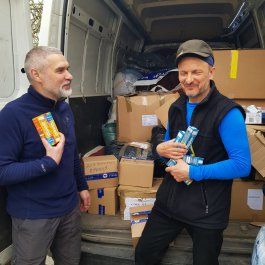 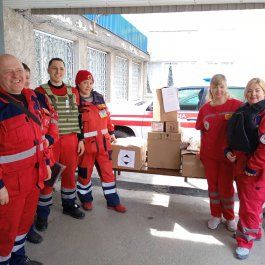 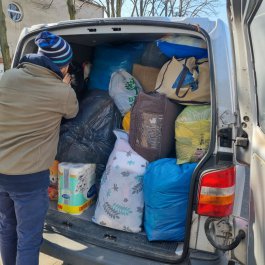 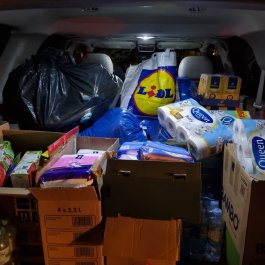 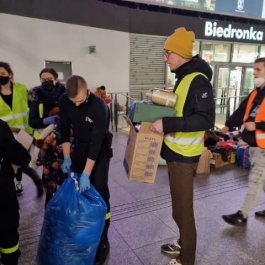 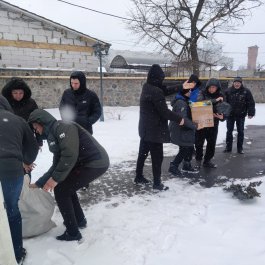 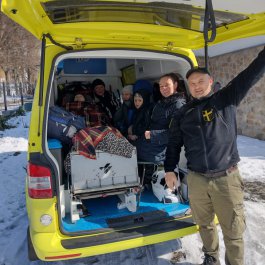 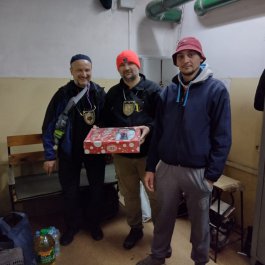 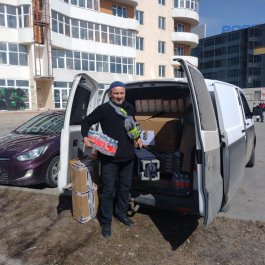 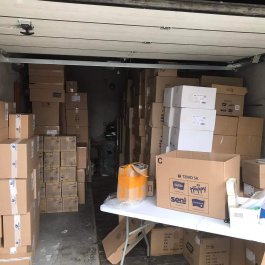 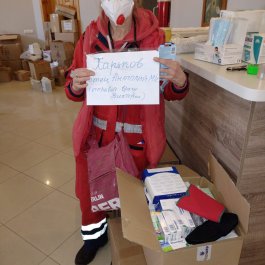 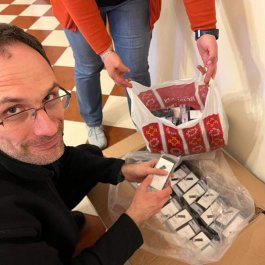 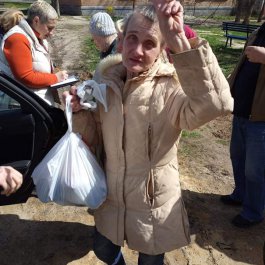